If you’re like most people, you probably think that LED lights last forever. While they do generally have a longer lifespan than other types of lights, all LED lights will eventually burn out.

But what causes this? And how can you make your LED light last as long as possible? In this post, we’ll take a look at What Causes Led Lights To Burn Out and some tips for prolonging their lifespan.

So, What Causes Led Lights To Burn Out:

There are actually a few different things that can cause LED lights to burn out prematurely. The most common culprit is.

Just like any other type of light, LED lights can overheat and burn out. This is usually caused by putting the lights in an enclosed space, such as a lampshade, where they don’t have enough ventilation.

Another common reason for early LED failure is poor quality. When buying LED lights, be sure to purchase from a reputable brand. Cheap knock-offs are more likely to overheat and burn out quickly.

LED lights are designed to work with a specific amount of current. If too much current is flowing through the light, it can cause the light to overheat and burn out. This is usually caused by a wiring issue or a faulty power supply.

Frequent voltage fluctuations can also cause LED lights to overheat and burn out prematurely. This is often the case in areas with unstable power, such as in countries with unreliable electricity.

Dimming LED lights can also cause them to overheat and burn out. This is because the light is working harder to produce less light, which causes it to use more power and generate more heat.

Finally, extreme environmental conditions can also cause LED lights to burn out prematurely. This includes both high and low temperatures, as well as high humidity.

How To Prevent Burn Out In Led Lights:

Now that you know what causes LED lights to burn out, here are some tips for preventing it:

An LED driver is an electrical device that regulates the power of an LED light, ensuring that it does not draw too much current and burn out.

A resistor helps to regulate the flow of electrical current and prevents it from flowing through the LED at a higher rate than it can handle. By using a resistor, you can help extend the lifespan of your LED lights.

A heat sink is a device that helps to dissipate the heat generated by an LED. By using a heat sink, to avoid this issue.

LEDs are delicate devices and should be handled with care. Dropping or bumping an LED can cause it to break and stop working.

LED lights tend to run cooler than other types of lighting, but they can still overheat if they are not properly ventilated. Make sure your LED lights have adequate ventilation to prevent them from overheating and burning out.

By following these tips, you can help prevent your LED lights from burning out prematurely.

LED lights are known for their long life span, but there are a few things that can cause them to burn out. In this post, we’ve outlined the six main causes of LED light to burn out.

If you’re a student or lamp user, it’s important to be aware of these potential issues so you can take steps to prevent them from happening in your own home or office. Have you ever had an LED light bulb fail? Let us know in the comments below!

1. Can I fix burned-out LED lights?

Answer: Yes, you can try to fix burned-out LED lights. However, it is important to keep in mind that there is a risk of electrical shock if you do not know what you are doing. If you are not confident in your ability to fix the light, it is best to take it to a professional.

2. How do i know when an LED bulb is going bad?

Answer: There are a few signs that an LED bulb may be going bad. If the light starts flickering or dimming, this may be a sign that the bulb is nearing the end of its lifespan. Another sign is if the light turns on and off sporadically; this usually indicates that there is something wrong with the circuitry of the bulb.

3. How can I stop my LED lights from overheating?

Answer: There are a few things that you can do to prevent your LED lights from overheating. First, make sure that the lamps are not placed in direct sunlight or near any heat sources. Second, ensure that the lamps are well-ventilated so that heat can dissipate easily. Consider using a fan to help circulate air around the lamps.

4. When Should I replace LED bulbs?

Answer: It is generally recommended that LED light bulbs be replaced every 8-10 years, although this may vary depending on the quality of the bulb and how often it’s used. LED light bulbs are not as fragile as incandescent or CFL light bulbs, but they should still be handled with care.

5. What are the common problems with led lighting?

Spotlights are a great way to show off your home … END_OF_DOCUMENT_TOKEN_TO_BE_REPLACED Outdoor lights are a necessary part of any home. … END_OF_DOCUMENT_TOKEN_TO_BE_REPLACED Although lava lamps have been around since the … END_OF_DOCUMENT_TOKEN_TO_BE_REPLACED Lamp oil is a term used to describe a combustible … END_OF_DOCUMENT_TOKEN_TO_BE_REPLACED 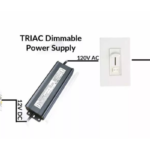 Led lights are a popular choice for home lighting … END_OF_DOCUMENT_TOKEN_TO_BE_REPLACED